Which Social Media Platform Is Right For Your Brand In Japan

It is well known that Japan has a huge proportion of aging citizens. This creates unique dynamics with regards to the usage and perforation of social media. In general, the Japanese population has been less interested in social media than other countries across the world. Consider this; social media penetration in Japan stands at 56% compared to 78% in Hong Kong or even 66% in the UK.

Nonetheless, Japanese social media presents a very good opportunity for businesses to interact with customers, especially on a personal level. That being said, it is important to understand the underlying rules that govern the social media space. For instance, it is of critical importance for you to understand and appreciate the importance of the anonymity and privacy that rules the Japanese online culture.

The social media scene in Japan is very different from any other country. For starters, there are plenty of players in this space. Some of the players such as LINE are unique to and very popular in the country.

Furthermore, even though the globally renowned social media platforms such as Facebook, Instagram, YouTube, and Twitter are popular in Japan, the Japanese use these platforms in a very unique way and for different reasons than in other countries in the West.

Sorry for people reading this on LinkedIn from Japan but this platform is not as popular in Japan as it is in the West. There is a perception that using this social media platform means that you are looking for a new job. While this in itself is not bad, what is frowned upon is looking for new work publicly. Searching for work publicly is considered disrespectful and unprofessional.

Owing to this perception, job seekers tend to use Facebook instead of LinkedIn when communicating with potential employers. Consequently, Facebook has become less social in Japan than it is in the West.

While I mentioned the importance of anonymity in Japanese social media, social media users in Japan still want to express to personality. They do this by customizing their profiles or by using fake names or nicknames.

This consideration can partially explain why Twitter is so popular in Japan. As implied earlier, Twitter allows users to have fake avatars and names. Twitting using a different name and avatar allows them to create an online personality that they want to create. As such, they can express their ideas using their online identity without the fear of being judged.

It is little wonder Twitter has become the main platform that Japanese use to express complaints and dissenting opinions and voices. It is their space

During its foray in Japan, YouTube struggle immensely. While the Japanese were watching videos on the platform, they were not participating in uploading videos. They did not want to appear in the videos.

To overcome this issue, YouTube held a campaign where they transverse the streets of Tokyo with cameras and photo frames in an effort to get people interested in uploading videos on the platform. This strategy failed quite spectacularly.

In another campaign, YouTube changed the focus from people to their pets – they hit the jackpot. Down the line, YouTube has become the most popular social media platform in Japan. Moreover, the pet video genre has become one of the most popular genres in the world, with some pets becoming celebrities in Japan.

Instagram has been gaining popularity in Japan. The platform experienced a 43% year-over-year growth in 2017. Its growth in popularity is very similar to why Twitter is popular – you can create and curate your profile using fake names and avatars. This social platform is perfect for anonymity.

On the content type, the Japanese tend to be more aspirational. For the most part, they will post images and videos of luxury items (or otherwise) that they aspire to get instead of posting items they already have. Moreover, they tend to discuss grand ideas bigger than themselves. As such, if you have a brand with idealistic approaches and culture (such as sustainability, social justice, and ethics) will flourish.

That being said, Japanese will shy away from engaging with public posts that have special offers. They value personal touch. As such, they expect brands to contact them personally directly with special offers. As such, using private messaging/ direct messages and emails is more effective.

Getting Started on LINE

The app is a messaging app akin to WhatsApp. However, it more customizable, allowing users to reach out to their friends, family, businesses, celebrities, businesses in a number of ways, including videos, pictures, texts, and cutesy stickers. Since the platform offers a means for businesses to create a personal touch, brands have been flocking to this platform.

For businesses to promote their brands, they need to become a LINE partner or get a LINE@

Businesses can use the Free LINE@. However, the free versions are highly restrictive for any good use. For instance, the number of messages that you can send with a free version is 1,000 per month. The paid version increases your messaging volumes while giving you access to other perks.

On the other hand, when you become a LINE partner, you enter a more serious partnership and relationship with the platform. However, you get access to more tools and services. These include:

Unlike the auction system that Facebook uses for advertising, on LINE, you pay using a fixed-rate card. However, you can still narrow down and select your audience using demographic data, the mobile operating system, or the interests of the audience. The LINE segments (similar to Twitter’s Tailored Audience or Facebook’s Custom Audience) will help you with this.

After getting on LINE, what next? How do you go about connecting with the audience?

Pro Tips For Success With LINE

LINE stickers are funny and or cute designs that users send to each other. These stickers are an important part of LINE and beyond the app. For instance, two popular recurring characters – the bunny and bear known as Cony and Brown are now found and used outside the app.

Line invests a huge amount of effort, time, and money to get their stories known. For instance, they create short YouTube videos that tell the stories about the stickers.

LINE users can download the stickers from the sticker shop. Typically, a set will sell for 100 yen. However, brands do create their own sets of stickers, giving them out for free when users add their business as a friend.
For businesses, creating branded stickers is a huge effort. Companies have to carefully plan and create/produce their own designs, an endeavor that is very expensive.

However, there are high rewards for companies that do so. LINE’s stickers are very popular and are responsible for some of LINE’s biggest success stories. A good example is Pepsi, which created a successful sticker set using Cony and Brown, LINE’s official mascot drinking a Pepsi. Another example is KFC, which created stickers using their own mascots.

Just like memes or gifs, the stickers can be sent as a way to react to everyday events. This increases brand recognition and appreciation.

Giving exclusive offers when a user adds a company as a friend on LINE is very common and popular on LINE. This is because LINE’s structure inherently makes it easy for businesses to make a personal touch. Moreover, this feature is available for both LINE Partners and LINE@. As such, you can copy this successful strategy. When a user adds you as a friend, offer exclusive offers.

You can also use LINE Points if you have a LINE Partner account. Users can accumulate points and spend the point in stickers, themes, and other packages. However, for users to get the points, they must do something in return. Brands can determine the things that users should do to get the points. This may include watching an ad, adding an account, downloading an app, etc.

With good plans and effective implementation, these strategies can increase a brands visibility, while allowing brands to interact in a more personal manner with their audience.

I hope this summary of successful social media in Japan will help you be… successful.

If you have any trouble or need someone to deal with social media marketing or online marketing as a whole, don’t hesitate to contact us.
We are based in Tokyo and it will be our pleasure to help you reach your objectives wherever you want to enter Japan or your Japanese brand wants to reach other countries.

Let’s do our best with Social Media Marketing in 2019!

See you next time for a new article.

This is the topic I most want to talk about!!

Sure thing! We will probably develop more on other articles. 🙂

Most popular social media in Japan in 2021 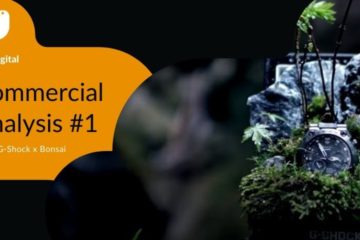 Hello everyone! Today we start a new series: Short Commercial Analysis.We will be analyzing creative commercial, their message and why they are brilliant. Today: Casio G-Shock x Bonsai! Commercial Analysis So, you are Casio and Read more…