Let’s talk about Guerilla Marketing today and what better example can we find than the king of energy drink: Red Bull!

I’ll be surprised if you never heard of them, literally Red Bull is everywhere:

It is hard to not see them but have you ever wonder why a drink company focuses its marketing efforts on events more than on promoting its unique taste or the benefits (…) of the taurine, which is one of the main ingredient of this drink?

Well, you will understand when we define the audience and the brand identity of Red Bull.

What is Red Bull?

In the early 1980s, Dietrich Mateschitz, while he visited Thailand (he was working in sales for the German brand Blendax), heard about an “energy tonic” that supposedly kept people alert and awake. He cooperated with a local small pharmacist, Chaleo Yoovidhya, to develop aunique recipe. After 3 years of hard work Red Bull was created.

As there was no demand in the market (quite normal if there is no other product like yours…), the first reactions were not pretty good but they persevered.

Even though some of the first reactions were discouraging, as general belief was there’s no demand in the market for such a product (of course there wasn’t, since there was no such a product), they persevered.

Nowadays, Red Bull has the highest market share of energy drinks worldwide!
Let’s see quickly who is Red Bull target audience and how they converted them as clients!

How to dominate a market? Create one that doesn’t exist.
This is what we call the Blue Ocean Strategy (we will talk about it on a future marketing case study about Nintendo…).

Their target audience is:

So, you are a newly created company with a unique drink but not enough budget for traditional marketing. The best answer Red Bull found was to do Guerilla Marketing.

Red Bull has set their target audience as young active people with a certain amount of income so instead of making them come to the brand, the brand went to them!

What Red Bull did was to go to college parties, libraries, night clubs, concerts etc everywhere their target audience liked to hang out.
Then, they gave free samples of the Red Bull drink to everyone.

The first step of this Guerilla Marketing strategy is to get your product in the consumer’s hands.
The second step is coming straight from the first step, people start talking about your product for free, that is what we called Word of Mouth.
Your brand will be pushed in front of other potential customers by the first ones you convinced.

Now that Red Bull got its original recognition, it is time for the brand to step up its strategy.

Since the late 90s and up to now, Red Bull started sponsoring events, concerts, tournaments and even created their own events!

You probably have already wondered why RedBull promotes extreme sports, concerts and other “lively” events like the stratospheric jump from Felix Baumgartner in 2012.

The answer is actually based on what the target audience is: people seeking to be part of something bigger. The sense of belonging is getting triggered here.

Red Bull wanted to become the cool brand for people living their life to the fullest.

More than the taste and the free samples from the beginning, now Red Bull target audience seeks the drink to be part of this group of cool people partying, enjoying breaking world records etc.

You will always convince more people to get your product if you can make them feel different.

What Is To Be Learned Here

Let’s make a quick note on what need to be done:

Don’t be afraid to not have the power of Red Bull as Rome has not been built in a day. Define your desired target audience and how you can make them feel better about themselves or about something they enjoy. When you did, figure out efficient ways to get them interested in your brand.

Remember that Red Bull started with the Guerilla Marketing strategy when they have limited ad budget, yet they still use it nowadays as it has strong performances for them.

Also, it’s important to understand that the added value you provide can be more powerful than the product itself! Many people will not tell the difference between a Red Bull drink and another energy drink but they feel engaged with Red Bull because of the lifestyle and the excitement the brand conveys.

See you soon for another marketing article! 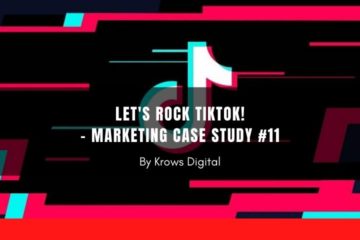 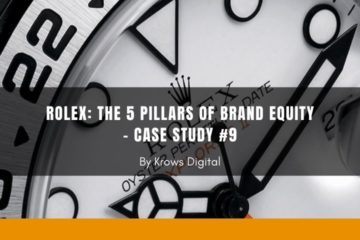