Learn how Facebook marketing has changed over the past few years and how your 2019 strategy will be affected by those changes.

For Facebook, 2018 was truly a “banner” year, along with the brand using the platform for their marketing.

The major algorithm change made by Facebook during early 2019, followed by more than 5,000 ad-targeting options being removed during the late summer, let a lot of brands struggling to achieve engagement and attention on the platform.

Finally, in late 2018, news surfaced that some of Facebook’s video statistics had been inflated. For serious marketers the news was particularly disheartening since they rely on information from Facebook Insights to help them with developing their advertising budgets and content plans.

We will be showing you in this article all of the major changes that should be made to your 2019 Facebook marketing strategy, which include:

By using the easy tips below, you will learn how to build a bright future for your brand in 2019 on Facebook.

1. Balance Using Short-Form Video and Other Kinds of Content

Over the past couple of years a big-picture view of the data indicates that brands shouldn’t abandon other kinds of content and only post short-form video.

In 2016 and 2017 there was a big increase on Facebook of brands using short-from videos who believe that consumers just want short videos and not any written content.

Brands like Vice Media and MTV laid off their writers and short-form videos replaced their written content.

This trend became so incredibly popular that it had its very own phrase called “pivot to video.” During this typed-up trend, there were hundreds of journalists who lost their jobs, which did end up failing.

Publishers that bet everything on video received a big shock when they discovered eventually that their website traffic dropped by a minimum of 600% after changing over to video-only content.

During late 2018 there was an explanation given for why companies were putting so much stock into video, and the reason why it had such devastating consequences. Facebook analytics tracking videos’ popularity had been quite skewed since the statistics only accounted for videos that been watched for 2-3 seconds at least.

On a very large scale, those faulty measured added into large consequences for companies relying on and trusting data from Facebook.

Before 2018, there was a lawsuit filed by one company against Facebook in order to recover damages that were incurred due to misleading analytics. Although the lawsuit is still ongoing, in late 2018 Facebook provided court-ordered documents which provide legitimate reasons for questioning its video insights reporting.

Although Facebook claims that it has fixed the problems causing faulty results, this trend of “pivot to video” is a permanent reminder now to be cautions when it comes to relying on platform-based analytics.

There have been some outside studies that have been conducted that show that video might not be the best way of cultivating engagement on Facebook. One recent study, in fact, involved 43 million Facebook posts which indicated that on Facebook images outperform videos.

Following data and trends often can lead to social media success. However, it is very important that personality test and common sense be used, and to evaluate and measure the results from your marketing efforts.

When it comes to your Facebook strategy for 2019, maintaining a good and healthy balance of different content types, instead of trying to go “all in” on the most recent trend.

This year did the engagement rates decline on your Facebook page? You are not alone if they did.

In a co-authored 2018 study by Buzzsuo and Buffer, it was found by the researchers that overall brand engagement is continuing to decline for brands that have Facebook pages.

The study’s findings showed that engagement on Facebook pages decreased by 50% in an 18-month time period from 2017 to 2018.

It was also found by this same study that the average engagement on a per post basis decreased by 65% during this same time period.

So can you increase engagement for your brand on Facebook in 2019? The following are a few tips that an help you improve your 2019 engagement rates.

Publish On A Frequent Basis For Improved Overall Engagement

The brands that are the most successful publish 4 to 5 posts every day, but after one post per day, there is a significant drop in engagement rates.

So if you are not able to consistently publish 4 to 5 times per day, then only publish once per day to take full advantage of higher engagement rates.

The following chart shows the top 20,000 Facebook Pages increased the average number of Facebook pages on a daily basis through 2018 on a consistent basis.

Top Facebook brands, by the latter part of the second quarter, were publishing around 4 posts every day.

You should ideally consider posting on Facebook 5 time per day and start testing at this frequency. Or don’t post any ore than once each business day if you are unable to offer quality content at the rate of 5 times per day.

The same study that was previously mentioned stated that the ideal length for video on Facebook is 30 to 120 seconds. The higher engagement rates in 2018 on Facebook were form videos under 2 minutes long.

Thanks in part to Instagram launching IGVT in 2018, there has been a surge in popularity of vertical videos.

Over 95% of Facebook users use their mobile devices to access Facebook, which is a very natural vertical format. Devices don’t need to be turned sideways in order for users to view vertical videos, and that makes it an easier option for viewers.

Almost 80% of individuals who are new to the vertical video format say that it is a more engaging format and they prefer it in most cases over the horizontal format.

In the meantime, 65% of those vertical-video novices feel brands using the vertical format in their advertisements are more innovative.

Some of Facebook’s augmented reality tools actually have been around since 2017, but this year they launched AR advertising that was more user-friendly on Facebook.

Viewers can not try wearable products on like makeup and eye wear within ads appearing in their news feeds without a separate application having to be launched.

This year, brands such as Asus, Sephora, and Nike have also started to test augmented reality using Facebook Messenger.

The agenda Facebook has for 2019 includes being able to use the platform’s current AR tool for creating virtual dressing rooms.

That would open up on-platform “dressing rooms” being used for many other kinds of fashion brands. Facebook is hoping to develop their AR tools to allow users to scan their body measurements in to see what an item of clothing may look like on their actual bodies.

Another non-fashion brand using AR Messenger ads creatively is Asus for promoting its Zenphone 5 product. You can see an augmented reality ad of theirs below which lets users experiment virtually with its new phone.

As we move into 2019, brands can expect to see AR tools that are enhanced and easy to incorporate into their Facebook ads.

Even if you don’t happen to be a fashion brand, think about how your brand may be able to capitalize on augmented reality.

Learn what the ad targeting updates from Facebook mean for marketers.

It is more important these days than ever before to remember that being popular on social media doesn’t equal profit always.

You need to have clear goals at all time, with defined KPIs, and a pathway to profits (i.e. sales funnel) that guides your 2019 Facebook strategy.

Ask yourself these questions:

What is the purpose of our brand on Facebook?
Which key performance indicators should we use for tracking our success?
How can our ROI be tracked for Facebook?

To know what you would like to achieve with your audience, your strategy needs to be planned according, which could mean that 2019 is your best year ever on Facebook.

Now that 2018 has ended, take the time to make a formal evaluation of the effectiveness of your 2018 Facebook campaigns.

Your 2019 social media strategy will guide you to help make sure your Facebook marketing stays on the right track. Now is the best time to update your strategy for 2019. To do that, combine your goals with the tips contained in this article to make any necessary adjustments to improve your chances to succeed in 2019.

Despite all of the challenges that occurred in 2018, the latest innovations from Facebook provide many compelling reasons why brands should keep marketing on Facebook.

If you need an amazing, original and unique agency to develop your Facebook marketing strategy, don’t hesitate to contact us!

It will be our pleasure to develop your brand.

See you soon for a new marketing article. 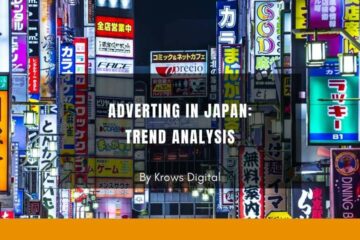 Dear reader, you came here to find more information about advertising in Japan, to check what is trending or not, or you got lost! Worry not, you came to the right place. The marketing scene Read more… 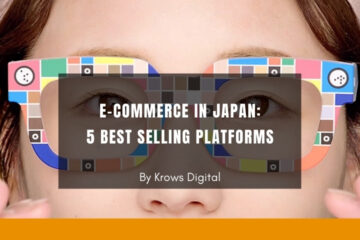 E-commerce in Japan: The best selling platforms for your business

E-commerce in Japan is growing a lot in the last few years. If you are thinking about selling products in Japan using E-commerce (EC) platforms, it is a great time to enter the market. In Read more… 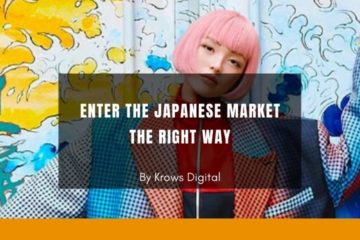